In the summer of 2009 the club decided to raise funds for the “Shine A Light” charity as one of our junior members, namely Hannah Hogg, was undergoing treatment for a life threatening condition as sadly she had been diagnosed with a brain tumour. In recognition of the fundraising efforts her mother Rhona and stepfather Adrian, both long standing members of the club, presented the club with a beautiful mounted piece of Tyrone Crystal as a raffle prize.

On presentation it was agreed by fellow members the donation merited a greater profile so instead of a raffle prize the “Hannah Hogg Inspirational Award” was borne. The annual summer BBQ and a night of the races, under the guidance of Jim Rainey, proved to be a great success as £1600 was raised for “Shine A Light”.

The award is presented to the Club person of the year, as voted by the committee, at the clubs annual Christmas dinner. The club is happy is report that Hannah has made a full recovery however her tenacity will always remain an inspiration to all club members. Many thanks to both Rhona and Adrian for their kind donation.

To date the trophy has been awarded to the following members:-

Good luck to Hannah in her journey ahead as her battle has proved to be an inspiration to us all. 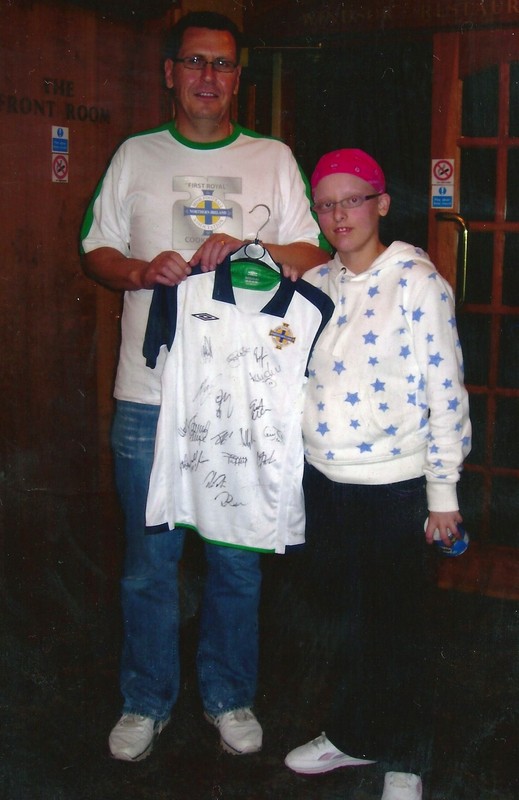